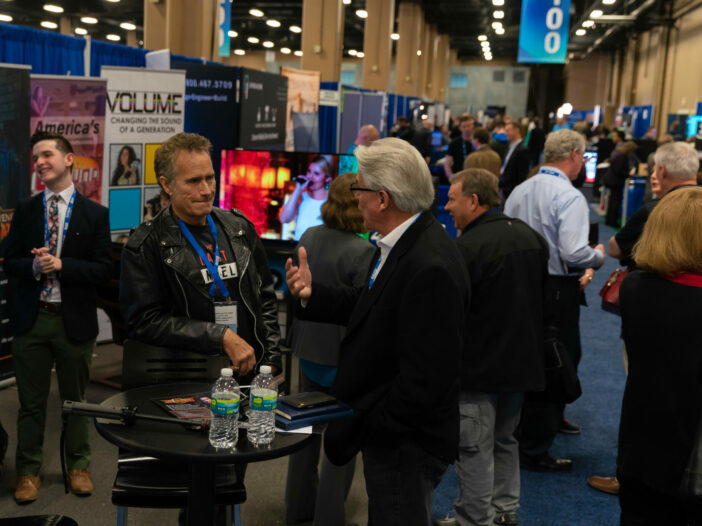 The Seeworthy Media team, who handles some of NEXT’s digital media and marketing, went down to Grapevine, TX on Monday, June 21st to attend the country’s largest and longest running Christian media networking conference, the National Religious Broadcasting Convention. They brought along a display of NEXT’s manga artwork and lots of books in various translations to exhibit there.

The NRB has been a hub for Christian communicators in film and television and other media as well as publishing since it was founded in 1944. It is a five day event full of keynote speeches, workshops, panel discussions, and opportunities to network with people who use a wide range of communication and storytelling media to bring Christianity to the world.

The team was looking for three main kinds of involvement from attendees: 1. partnering to fund and coordinate new translations 2. partnering to print books in existing translations 3. the purchase of our booklets for distribution. The NRB attendees were excited about the possibilities of the gospel in the Manga art form and the number of people the books have already been able to reach. They started some exciting conversations about where we can go next.

NEXT Manga is a non-profit corporation established for the purpose of world-wide distribution of biblically-based manga books.